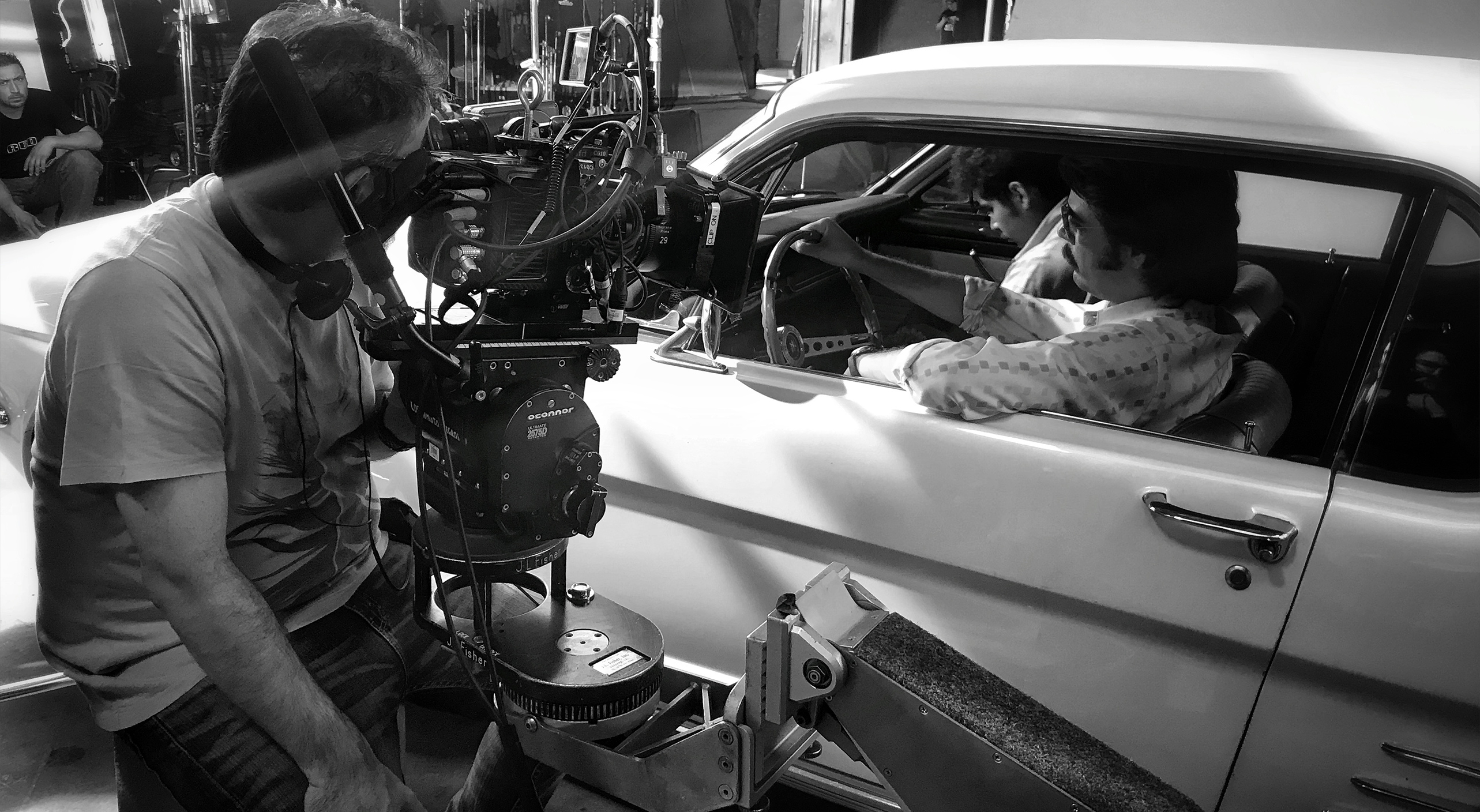 All films are, in one way or another, a love letter to cinema. For me, Los Minutos Negros is also a love letter to detective literature which has excited and intrigued me since I bought The Adventures of Sherlock Holmes at age fourteen in the Porrúa bookstore in downtown Mexico City

One day, while editing my first film Bajo la Sal, I went for a walk thinking about what my next project could be. I walked into a bookstore that no longer exists and on the counter I found a book that would mark my life for the next decade. It was newly edited, with a great title and an original and deeply Mexican crime plot. The writing was clever, dark, fun, exciting, and full of characters and scenes that seemed ready to jump onto the screen. I was not surprised at all when it soon began receiving praise from the international press that placed Martín Solares as one of the new voices of the Latin American crime novel. I knew immediately that I wanted that book, The Black Minutes, to be the basis for my next film.

When Martín and I met, we immediately recognized each other as faithful believers in the cult of film noir, that film subgenre that is difficult to define, but easy to recognize when there is a dark plot riddled by death and corruption, a great stylization and a cinematography that evokes the black and white of German Expressionism. Shortly after we met, Martín and I agreed to work together on the script. We knew that Los Minutos Negros could be our variation on film noir, tinted with the deep greens of the jungle and with Rigo Tovar playing on the AM radio.

I always told my creative team that for this film, we had to invent the “Tropical Noir”: change the cold, the fedoras, the night and the urban environments of the classic noir for the palm trees, the straw hat, intense sunshine, sweat and the folklore of the Mexican Gulf in the seventies.

My intention with this film was to use everything I had learned from filming Bajo la Sal, but taking it further, in genre, in emotions, in aesthetics, in narrative ambition, but above all, in authenticity. In this noir the mysteries are only as deep as the corruption that hides them. Catching the killer is more of a moral dilemma than an intellectual puzzle.

Unfortunately, the themes of this story from the 1970s remain more relevant and disturbing than ever: Violence against women, the perils of journalism, justice in the hands of the highest bidder, and the power of oil and its corrupting effects are still at the center of national news in México. The idea is precisely to use a deeply imagined fiction and an exciting genre to make us feel and think about the role we have and the decisions we make as individuals in the face of the dark engines that move a large part of our reality.